This is just a rough brainstorm on potential alternative interfaces for editing and performing with score. The context for this proposition combines various ongoing discussions around hardware and the portability of score on embedded systems, as well as the distant perspective of, maybe one day, running score inside a web browser.

An unavoidable and apparently quite efficient hardware interface today is the button grid, probably most used as a MIDI controller, in the style of the Novation Launchpad and the Ableton Push.

In conjunction with appropriate software, it packages all-in-one :
_a keyboard
_an effect controller
_a looper
_a sequencer
_a “clip” view
and allow for basic editing.

The potential and interplay of these features is, to me, best demonstrated by the Monome Grid

Further efforts, like the Native Instrument Machine, seem to actually match or surpass the editing features of traditional DAWs, almost completely removing the need for a large screen and a computer mouse.

As the grid itself acts as a very low resolution tactile screen, Synthstrom actually relies on it for the interface of their full-featured hardware DAW : Deluge.

To all previously mentioned features, Deluge adds :
_tracks and complex structures (arrangement view)
_effect buses management
_sample editing
and so many other ! 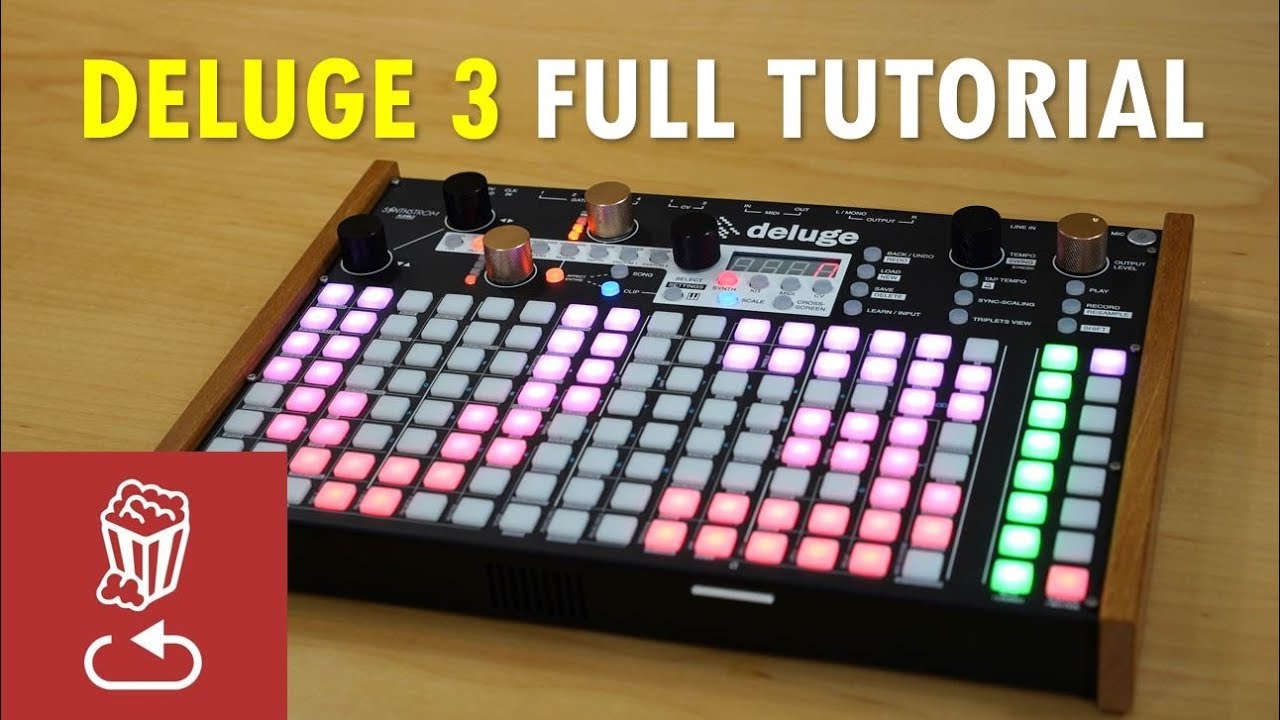 More on the performance side, Empress Zoia also found a very clever way for a button grid to represent a complete Pd like patching environment 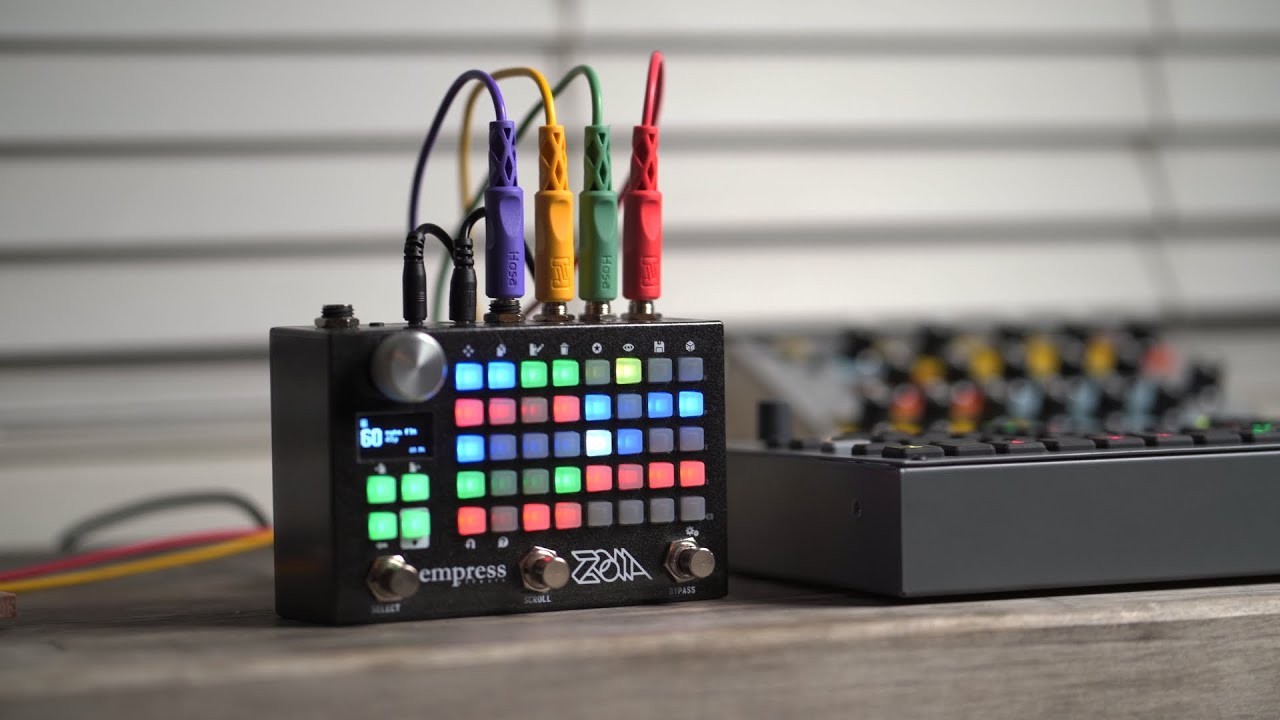 Now, this may seem quite far fetched, but to me, the rudimentary client for score’s “remote control” feature already resembles some kind of interactive grid view for the performing of a scenario.

I think there may be some merit to consider simplified interfaces in the same way, weather aimed at web browsers or at hardware.

Both already complete one another on various platforms like Bela, Organelle, zynthian With the MOD-UI web interface, prynth and the Monome Norms, if we are to focus on open source platforms that can accommodate score. 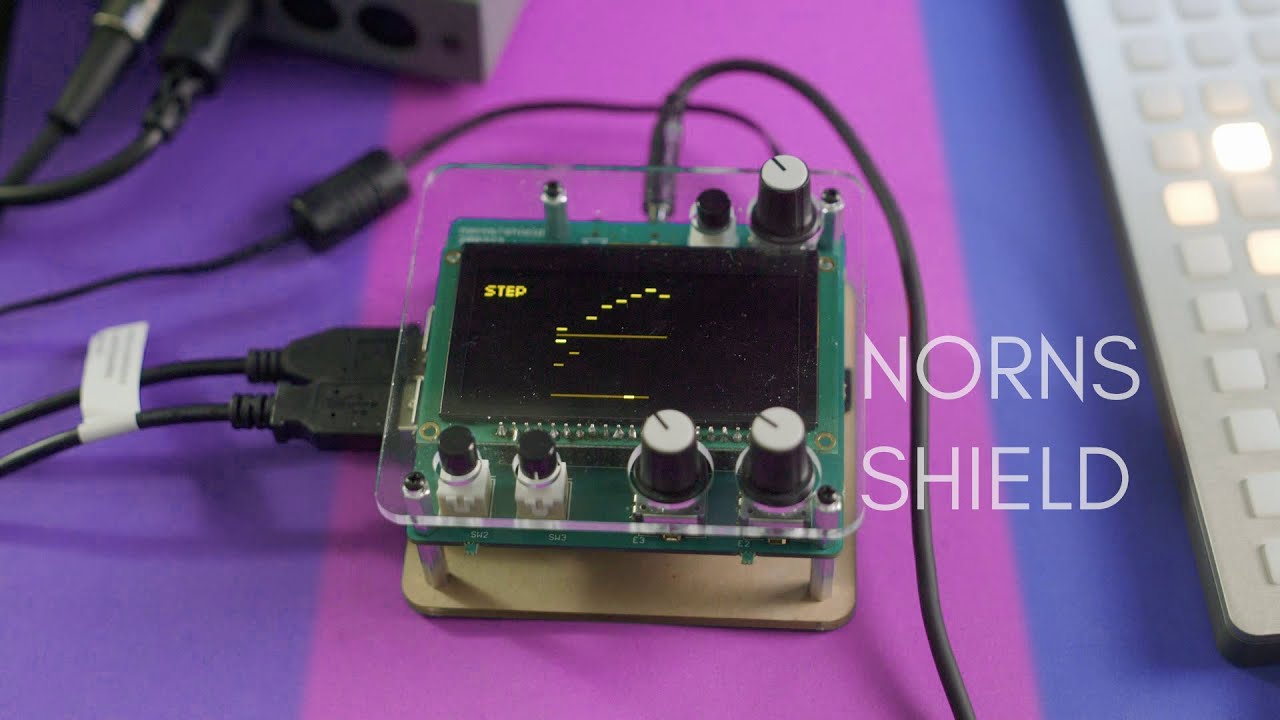 There may be many more examples. To a lesser extend, we could also mention this functionality from the Erica Synths Pico System 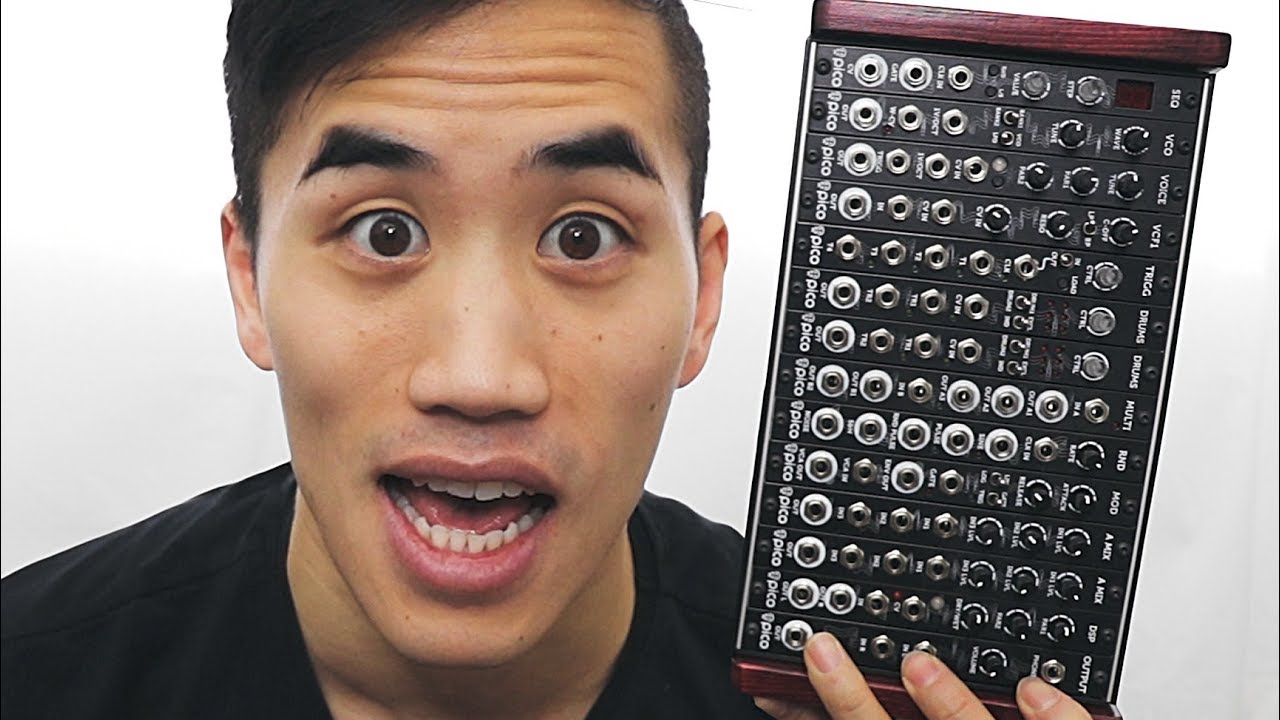 I think the perspective of editing score from either a web browser or a physical hardware interface represent broadly the same challenge : accessing all (or most) of score’s functionality on a limited screen and without a mouse. Indeed, a web browser interface should ideally be as well suited for a phone, a tablet or a desktop.

Some sort of easily portable grid view would then allow for a more “hand’s on” editing and performing experience on a wide range of devices. It would also provide an ergonomic middle ground between score’s official UI, and a standalone, “bare bones”, minimal interface for controlling and hopefully editing score running on an embedded system.

The most pared-down and yet, apparently efficient of these hardware interfaces would be, in my view, the panel of Pamela’s new workout by Alm

It apparently manages to remains fully and precisely programmable without being too “menu-divy”, using only a very small led display, one rotary encoder and one button.

At this level of simplicity, it would be hard to imagine any sort of editing other than through menus,
but a version of score limited to this single interface is actually fairly easy to envision in theory. Even if in practice it may well be neither easy or desirable to implement, it may give us some insight as to what writing a scenario demands at it’s core.

Devices, processes and the user library are already presented in the form of menus. The entire structure of the scenario is navigable through the local device. All that reely would be missing in this situation are a few “add” and “remove” functions for intervals (and maybe syncs) as a way to copy values from the dice explorer to a state. It is already possible with Pamela’s new workout interface to edit envelopes, witch only differs from editing automation by the number of points. Are my forgetting something fundamental to create a scenario ?

Anyway, these are just some thoughts, I would love tho hear if anyone wondered about similar topics …